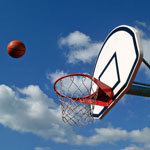 Pre-game rituals allow players to feel prepared. They help young athletes focus on execution and feel positive about their skills.

Before he learned about the benefit of pre-game rituals, 12 year-old Tony could barely manage his jitters while he was heading to his basketball games. If his mother worried out loud about the size and strength of the opposing team’s players, he became filled with anxiety that those players would defeat his team. He pressured himself to perform better than ever before, telling himself he needed to score at least three three-point shots in the first half.

Completely on his own, Tony realized he needed to change his pre-game environment. Beginning about an hour before the game, he blocked out all stimulation from his parents and siblings. He put together a CD of his favorite songs, donned his Walkman, and listened to his music in the car heading to the game. While he listened, he imagined himself succeeding– blocking a big guy’s shot and completing a behind-the-back pass.?

Intuitively, Tony understood he needed to create a pre-game ritual to take his mind off his worries and help him mentally prepare to compete. This is a powerful way for a child or teen to improve his or her confidence and performance.

Pre-game rituals allow players to feel prepared. They help young athletes focus on execution and feel positive about their skills. Such rituals allow them to prepare for adversity and do what we call “enter” the role of the athlete.” That means leaving their concerns about? their family and social lives behind and focusing only on their sport.

To help your child establish a pre-game ritual, you should encourage him or her to create some quiet time, then picture himself or herself executing a successful move or play. That could be an ideal jump shot, pitch or shot. The idea behind “visualizing” like this is to program the athlete’s body to execute moves and strategies successfully. It’s a form of mental “rehearsal” that helps athletes stay focused.

Recently, we asked retired baseball slugger Wade Boogs about his pre-game mental preparation. He said that before every game, he used a routine to ready himself to get hits off the opposing pitcher. “I went into a cocoon about 20 minutes before each game. This was my quiet time, my preparation time. I focused on the pitcher and how he would try to get? me out. I would envision getting a hit off the pitcher,” he said.

Here are some other examples: A racecar driver might rehearse the lines he will take on the track in real time, and mentally feel the movements of the car during the race. Before a round, a golfer might rehearse his strategy for playing the course by seeing in his mind’s eye the targets and holes he will play. A Motocross racer, just prior to going to the start line, might mentally “see” the gate drop and see himself get to the first turn ahead of the other riders.

Whether your young athletes are basketball players, swimmers or racecar drivers, establishing pre-game rituals will improve their confidence and ultimately, performance.

Dr. Patrick Cohn and Lisa Cohn are founders of The Ultimate Sports Parent. Listen to their radio show and download their free e-book, “Ten Tips to Improve Confidence and Success in Young Athletes,” by visiting www.youthsportspsychology.com